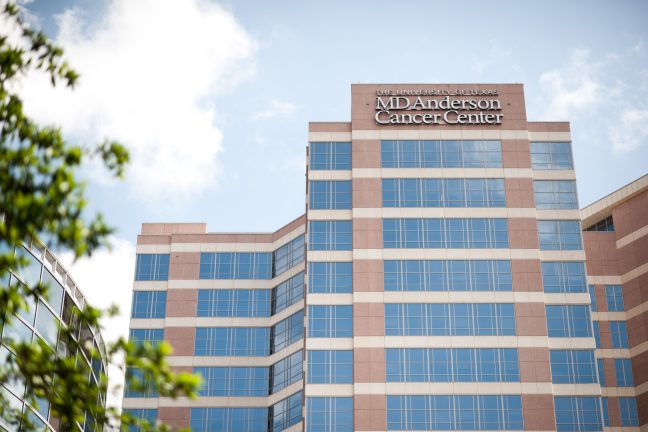 The Cooper Foundation, George E. Norcross III, and Cooper University Health Care, which operates MD Anderson Cancer Center at Cooper, have established a relief fund to provide support to employees of The University of Texas MD Anderson Cancer Center in Houston following the hurricane that struck this week. MD Anderson – Cooper’s partner organization – the number one ranked cancer center in the nation, and many of its staff were directly impacted by the devastation. Cooper Chairman George E. Norcross III has kicked off the fundraising effort to support their Houston colleagues with a personal donation of $5,000.

“The images coming out from Houston and the surrounding communities in the aftermath of Hurricane Harvey have been horrific,” said Mr. Norcross. “It is particularly painful for so many of us because we know many of our colleagues at our partner MD Anderson in Houston have been terribly affected by this storm.”

In response, The Cooper Foundation, Cooper University Health Care’s philanthropic arm, established the MD Anderson Cooper Hurricane Relief Fund. All monies raised will be for the benefit of MD Anderson Cancer Center employees impacted by the storm as well as direct recovery efforts in the greater Houston community.

To donate, visit The Cooper Foundation at  https://foundation.cooperhealth.org/MDAnderson-relief.

This partnership is a full clinical integration of the MD Anderson program at Cooper with the program in Houston.  MD Anderson Cooper physicians adhere to the same philosophy, processes and guidelines set by MD Anderson in Houston, Texas, and patients receive the same proven practice standards and treatment plans provided at MD Anderson. Today at MD Anderson Cooper, patients have access to more clinical trials for more types of cancer than ever before, as well as a full range of supportive care services.

About The Cooper Foundation

The Cooper Foundation serves as the philanthropic, community outreach and community development arm of Cooper University Health Care, one of the largest health systems in southern New Jersey with over 100 outpatient offices and its flagship, Cooper University Hospital located in Camden, N.J.